In 2019, I listened to multiple audio-books, however there were 3 books that I found to be the most valuable. They are: Algorithms to Live By: The Computer Science of Human Decisions by Brian Christian and Tom Griffiths, Sapiens: A Brief History of Humankind by Yuval Noah Harari, and Thinking, Fast and Slow by Daniel Kahneman. In this blog post, I will talk about each of these books and what I learned from them.

Algorithms to Live By: The Computer Science of Human Decisions 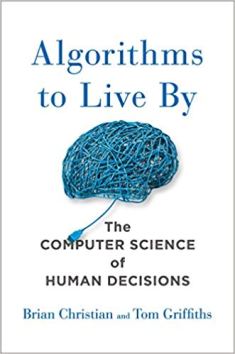 While listening to Algorithms to Live By, I was reminded of my software and probability classes that I had to take during college. This book covered all kinds of algorithms and how certain algorithms provided the most efficient results for different problems. Here are the different topics covered in the book:

As you can see the book covers a wide range of problems and algorithms. The book draws parallel with how you can use computer algorithms to bring efficiency in your life. This book had lots of examples, and it kept me engaged till the end. I would recommend this book to anyone interested in computer science, and anyone who wants to know how to use algorithms to efficiently address everyday life problems.

Sapiens: A Brief History of Humankind 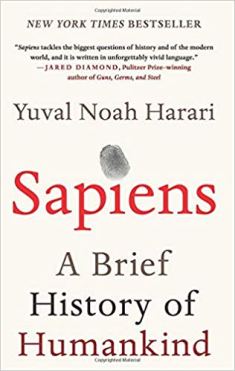 If you are a history buff, you are going to love this book. Harari takes you on a journey from the beginning of times all the way to robotics and artificial intelligence. The book talks about how human beings and their cultures evolved over the years, and how different inventions and breakthroughs pushed the sapiens to the top of the ladder. Here are some of the many topics discussed in the book:

Overall, I thought this book was very informative and had some great information. After reading this book, you get a better idea of how we got to where we are today. It took us hundreds and thousands of years to become a dominant species. I would recommend this book to anyone who wants to know how human beings took over the world. 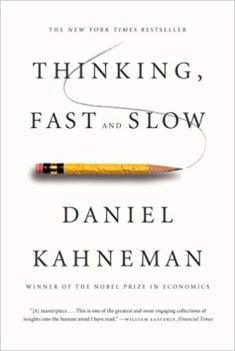 Have you ever said something or took a decision in the heat of the moment and later wondered why you said or did that? Kahneman talks about why this happens, and different biases that influence our decision making processes. I really liked this book because it went over various circumstances that affects our decisions. Here are some of the many topics Kahneman discussed in the book:

Overall, I thought Thinking, Fast and Slow was a detailed, well written book. Although it was a long book, I really enjoyed listening to it. I would recommend this book to anyone who is interested in knowing more about different biases and fallacies that secretly influences one’s decisions.

Hope you learned a little and found this blog post helpful. We talked about Algorithms to Live By: The Computer Science of Human Decisions by Brian Christian and Tom Griffiths, Sapiens: A Brief History of Humankind by Yuval Noah Harari, and Thinking, Fast and Slow by Daniel Kahneman. As always, you can sign up for our free mailing list here.  You can sign up for our paid subscription services here. Like us on our Facebook page here. Thank you and Happy New Year!