One of my favorite books of all time is “Leadership: In Turbulent Times” written by Doris Kearns Goodwin. The book takes you through the lives of 4 of the past US presidents – Abraham Lincoln, Theodore Roosevelt, Franklin D. Roosevelt, and Lyndon B. Johnson. Goodwin shows how these presidents first recognized leadership qualities within themselves, and how those qualities were recognized by others when they became leaders. Throughout the book, you can see how these men shared fierce ambition and resilience that helped them overcome uncommon adversities. All of these presidents were set apart in background, abilities, and temperament, yet all of them were able to summon their talents to enlarge the opportunities and lives of others during challenging times. In this blog post, I will review this book by briefly go over the life of each president as described in the book. I will also talk about the one characteristic that I admired and learned from each one of these presidents. Let’s get started.

Ever since his childhood days, Lincoln was highly empathetic. He could not see anyone suffer, and he would willingly help out when needed. Lincoln grew up in a poor background, but he was extremely driven. He would spend hours at the library, and always wanted to learn. While sharing his stories to folks in different towns, Lincoln was able to gather crowds. He was a natural orator. The book describes his efforts of running as a representative. After failing once, he was elected to serve in the Illinois House of Representatives. Around this time, Lincoln lost one of his loved ones, and that pushed him into severe depression. He was depressed to the point where he was acting suicidal, and his friends had to hide razors and sharp objects from him. After recovering from his depression, Lincoln was able to bounce back. Being an empathetic person, he was always against slavery. In fact, during his legislative election, he made one of his opponents win because that opponent was for “anti-slavery”. After losing a couple times, Lincoln got back into law. The book further talks about how he eventually got elected as the president of the United States. It surprised me that Lincoln was not even on any ballots of the southern states because he was against slavery, and yet he got elected as the president. So, he was the first and only president who got elected without even being on the ballots of many states. The book then goes in details about the decisions he made during his presidency and how he led the United States through civil war.

Although many people today use Lincoln’s life events as a reminder to never give up, the one characteristic that I loved about Lincoln was his decisiveness. As detailed in the book, Lincoln got a lot of criticism and was pressurized to withdraw his emancipation proclamation decision. He was willing to debate before his proclamation decision, but once emancipation proclamation was signed, there was no going back. Lincoln held his ground, even if that meant that he would lose his next election. I just loved that quality about Lincoln. 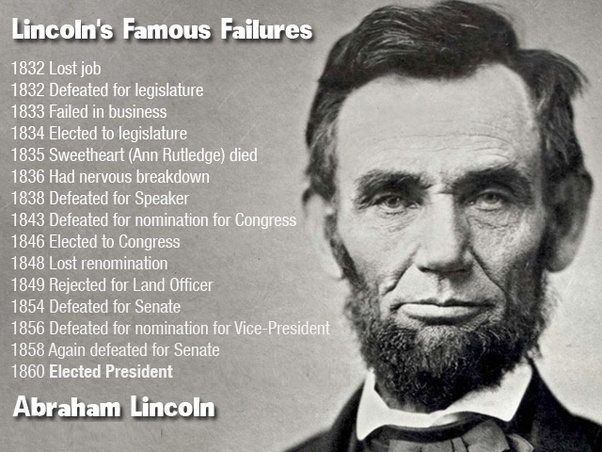 Unlike Abraham Lincoln, Theodore Roosevelt was selfish at first. He didn’t care about others, and was very uncooperative. Teddy was born rich, and he would make decisions without anyone’s influence. As the book details, Roosevelt begins his political life by joining the New York State Assembly as a representative for New York City. Early in his political career, he encountered a tragic event when he lost his wife and mom on the same day. This event left him hopeless and depressed. Additionally, this tragedy made him quit his political career and go to North Dakota badlands for a couple years to build his health. Roosevelt came back stronger than before. One thing that I found interesting about him was that he would take roles that were “beneath” him – NYC police commissioner, assistant U.S. navy secretary, etc. Roosevelt used the fact that the public was on his side to whatever he did. Roosevelt wanted reform, but the party leaders and various businessmen did not like that. This is the reason why he was put on the ballot as the vice president. The book then goes in detail about his leadership skills and the challenges he faced with the coal strike, monopolies, railroads, etc.

Today, Teddy Roosevelt is remembered as the president who brought reform to the United States, and helped propel the country in a new direction. The quality that I loved about Roosevelt was that he was not influenced by anyone. He dared to go against the norm. All the decisions he made were in the best interest of the citizens of the United States. Although he started off as a selfish person, he was totally transformed by the time he came back from the badlands. He truly fought for the betterment of people’s lives. I admire Roosevelt for coming back from North Dakota and rebounding from his depression. 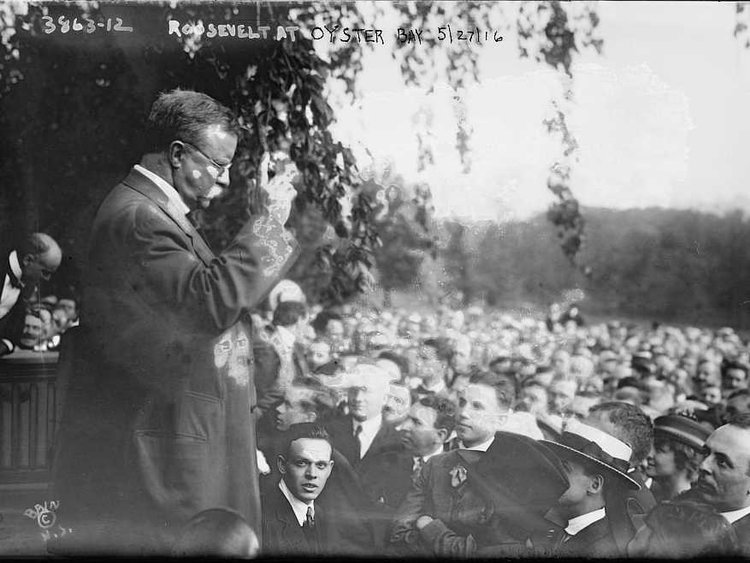 Franklin D. Roosevelt (FDR) was Teddy Roosevelt’s 5th cousin. FDR was chosen to lead. As the book details, Teddy Roosevelt had an influence on FDR’s political career. From an early age, FDR started seeking out for mentors. Unlike Teddy Roosevelt, FDR had a warm genuine nature. The book talks about how FDR served as the senator, assistant secretary of Navy, and also ran on 1920 presidential election ballot as the vice president (which he lost). The book spends significant amount of time talking about how FDR succumbed to polio. FDR was left paralyzed, and the doctors said that FDR would never be able to get out of bed. FDR was determined to get back on his feet. The author does a great job at detailing FDR’s mental state and the hardships FDR faced while entering back into the political arena. The book then goes in detail about his leadership skills and the challenges he faced as the president during the great depression.

Today, FDR is remembered for his “New Deal” and for helping the country get through the great depression. The quality that I admired most about FDR was his determination and resilience. He was physically incapable to move, yet he showed everyone that where there’s a will, there’s a way. The way Goodwin describes FDR’s campaigning efforts while FDR was on crutches was breathtaking. For example, before delivering the nomination speech at the democratic convention, FDR fell down while coming out of the elevator. He was in front of public and cameras, and he was struggling to get back on his feet. After getting back on his feet with a little assistance, rather than feeling down or ashamed, he was happy and cracked a joke. The thing that shook everyone was the speech he delivered after this event. The speech solidified the message that FDR was back, and that he was not going back. I really admire FDR for this; I aspire to be determined like FDR. Rather than feeling sorry for himself after polio, he went back into politics and led the country through one of the toughest economic times.

Unlike the 3 presidents above, Lyndon B. Johnson (LBJ) was from the south – lone star state i.e. Texas. Johnson was a highschool teacher until he was appointed as the legislative secretary for a House of Representative from Texas. LBJ was soon serving as the House of Representative from Texas. President FDR liked LBJ since FDR was able to get information about the state of Texas from LBJ. As the book details, Johnson soon became a senator and later became the senate democratic leader. It is at this point when LBJ suffered a severe heart attack and had to leave office. Being away from office and not being able to serve his people left him depressed. Johnson eventually became the vice president of the United States when he campaigned with President Kennedy. Upon the assassination of President Kennedy, LBJ became the president and was re-elected to serve as the president of United States during the next election. The book goes into detail about all the hardships he faced along the way, and how he pulled through.

Today, LBJ is known for the civil rights act, and is criticized for the Vietnam war. The quality that I admire about LBJ, as it is evident from the book, is that he delivered. In order to meet his targets, LBJ would push people to their limits and work them to their bones. He was simply ruthless while pursuing his goals.

Overall, I enjoyed this book. Goodwin talked about the difficulties faced by each president, and how each one of them addressed those challenges. It is amazing to see how each president was knocked out of their political career due to a tragic event in their lives, yet they overcame that challenge and came back stronger and better than before. I would highly recommend this book to anyone who is looking for inspiration and/or wants to learn more about these 4 presidents. This 18 hour audiobook is definitely worth a listen.

Hope you learned a little and found this blog post helpful. We talked about “Leadership: In Turbulent Times” written by Doris Kearns Goodwin. We talked about Abraham Lincoln, Theodore Roosevelt, Franklin D. Roosevelt, and Lyndon B. Johnson, and their admirable qualities. As always, you can sign up for our mailing list here.  Like us on our Facebook page here. Thank you!