As a value investor, going to the Berkshire Hathaway Annual Meeting is like a rite of passage. I thought that my time might be running out since both Charlie and Warren are getting old. So, this year I bought a share of BRK (class B of course), bought my plane ticket to Omaha, reserved a hotel for the weekend, and was ready to meet and network with fellow value investors. Furthermore, since 2015, I had been following this podcast called “The Investor’s Podcast”. The hosts of the podcast go to the Berkshire meeting every year and organize events for their listeners in Omaha. So, I knew I would have good company when I do attend the meeting.

Woke up at 5am because I had a plane to catch from Baton Rouge airport. Upon getting to my gate, I saw that Warren Buffett was on TV. Berkshire had started buying some Apple shares during the first quarter. 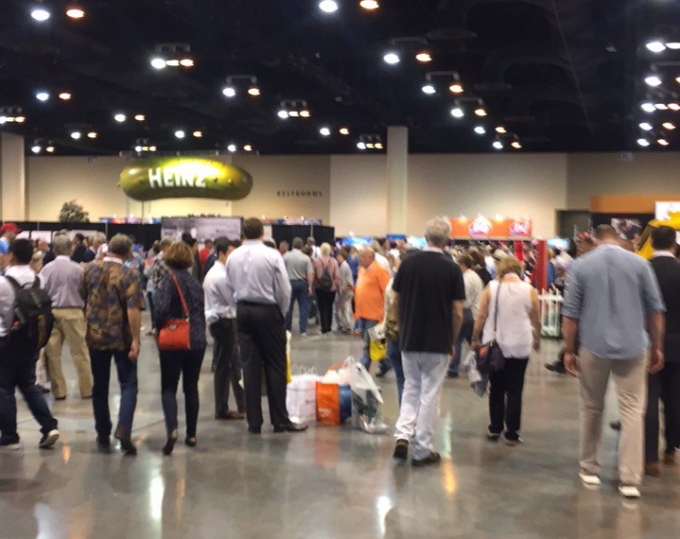 After the shareholder shopping day, I walked around Omaha downtown and then attended the networking event that was organized by The Investor’s Podcast (TIP). There I interacted with multiple individuals who shared the same interests as me. I showed my friends back home that I was not the only crazy one who is obsessed with investing. 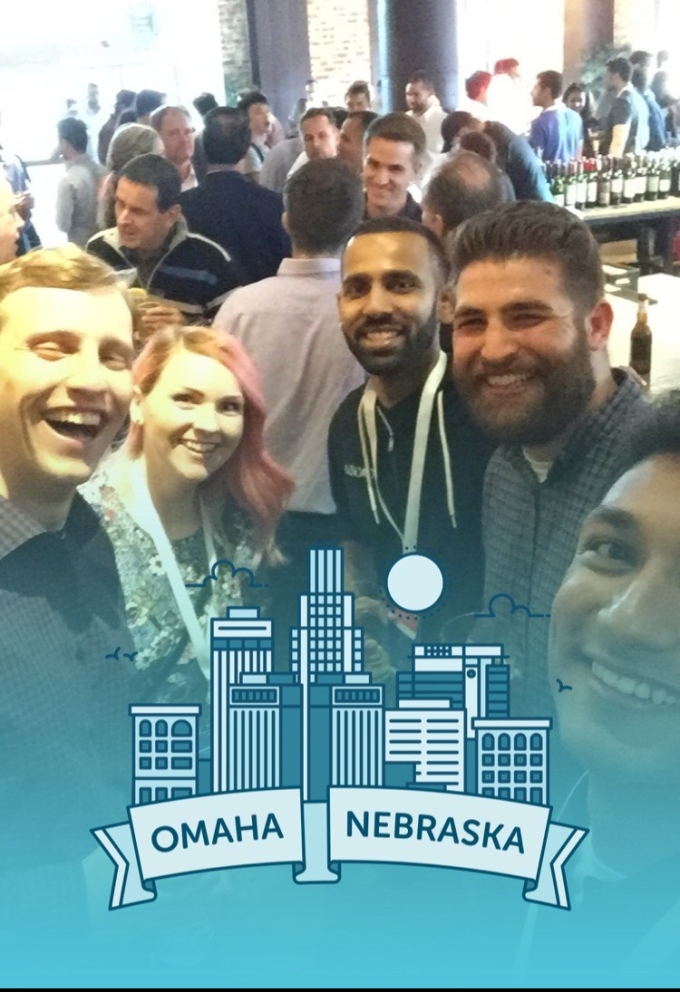 After making some new friends and talking about our investing stories, I headed back to the hotel because I had to wake up at 3am the next day (anything for good seats).

The big was that I had been waiting for so long was here. I woke up at 3am, got dressed, had a snack, and headed over to the Century Link Center. I got there around 4am, and there was already a line in front of the door. One of the individuals that was by the door told me that he had camped outside the door the whole night. 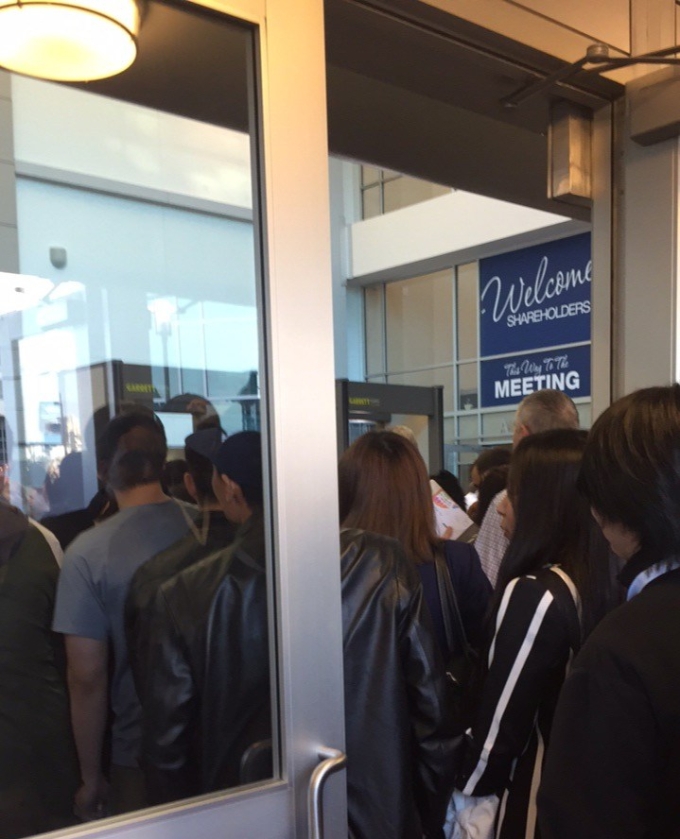 The doors opened at 7am, and I it was time to secure good seats. I ended up sitting in a seat that gave me the view below. Close enough to see Warren and Charlie in person.

A few minutes went by…

About an hour later, Warren Buffett walks in…

Do you see him? Let me point him out to you…

By now, the CenturyLink Center was packed… people from all around the world were here. To see and listen to Warren and Charlie share their ideas. 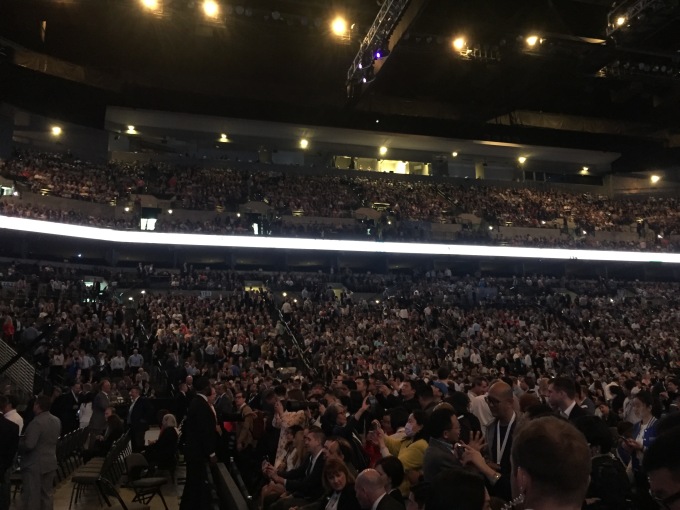 It was around 8:30am, and Charlie and Warren were seated, and I was looking forward to watch the company video that Berkshire had made for the owners…

We weren’t allowed to use our cell phones during the meeting, so the next pictures will be the ones I took during lunch break. To know about what questions Warren and Charlie answered, you can just look up the shareholder meeting video on YouTube. 🙂

It was lunch break, and I decided to take a nap… I still had a long day ahead of me. 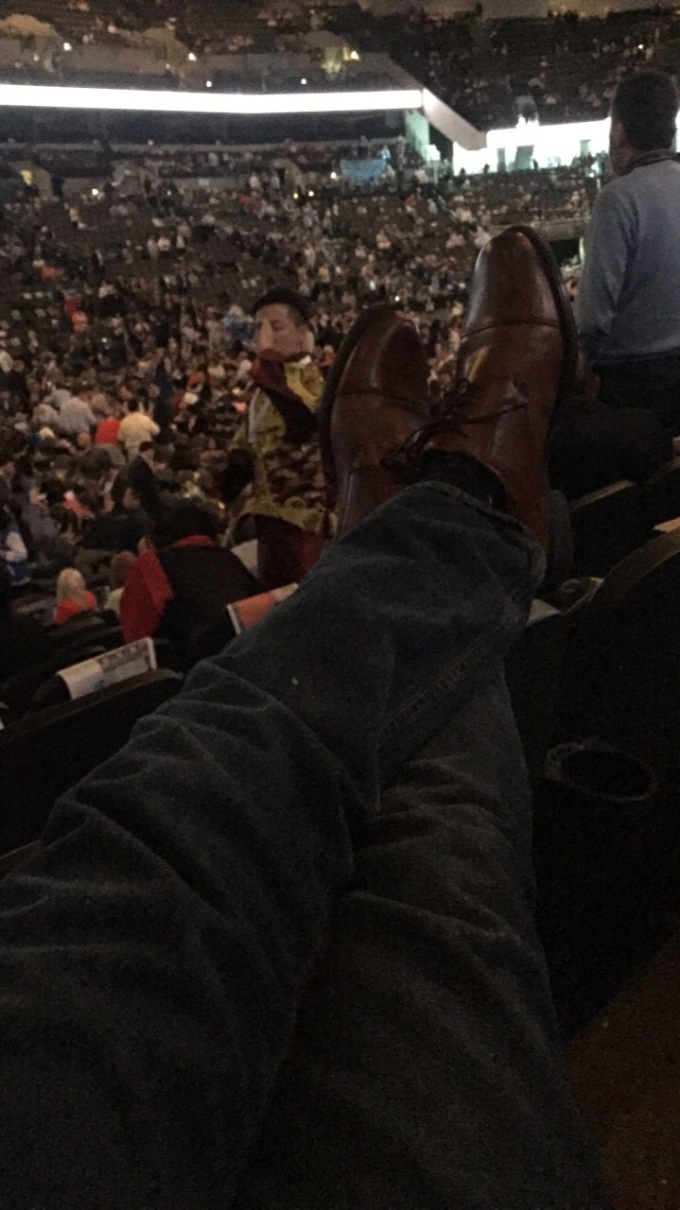 The meeting resumed after lunch break, and many good questions were asked and answered. The meeting ended around 4pm. It was worth every penny that I had spend to come see him and experience the shareholder meeting in person.

So, that’s where the day ends? Nooooo… There is more. Next up, I go to the Nebraska Furniture Mart picnic that was organized for the shareholders…

After I had my belly full, I was ready to go to the social event that The Investor’s Podcast (TIP) had planned for us. It was a bit rainy, but nothing can stop a value investor… I met a lot more people and networked for the rest of the night.

That’s my picture with the hosts of TIP. Great individuals!

It was a long day… I got back to my hotel around 1am, and I had a flight to catch in 4 hours!

All good things must come to an end… It was time to go back home, but there is always  next year! 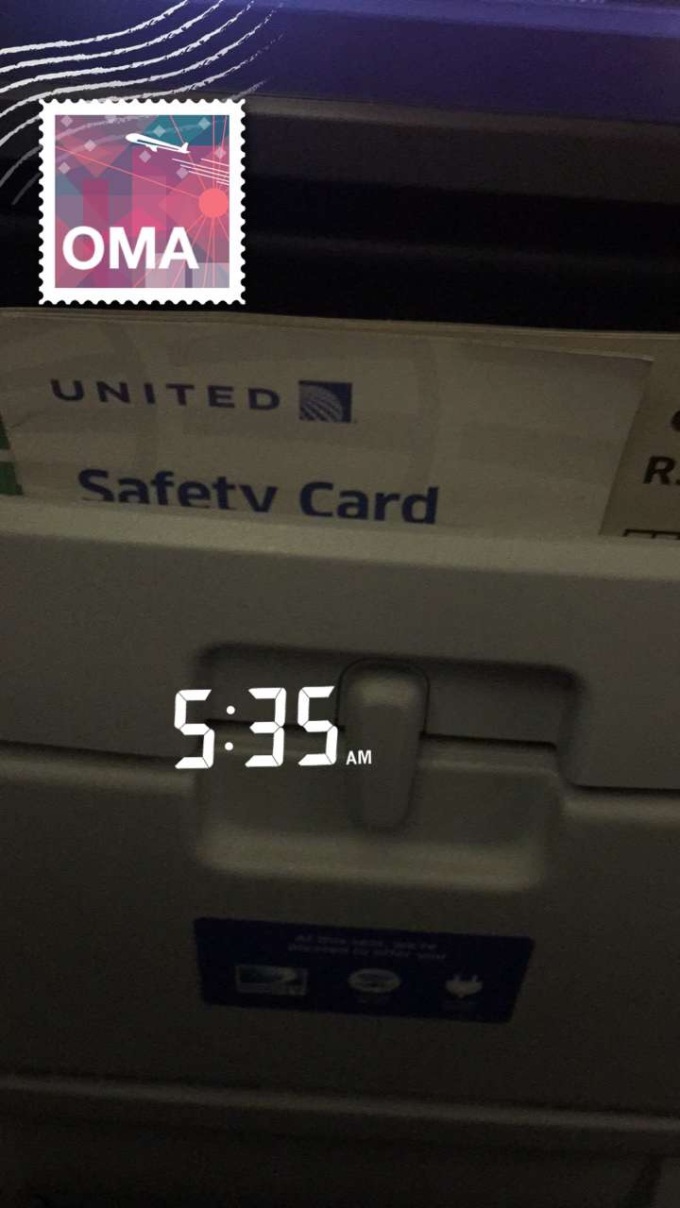 That was an incredible weekend. I can’t wait until next year! Hope to see some of you guys at the meeting next year 🙂 It is definitely worth it.